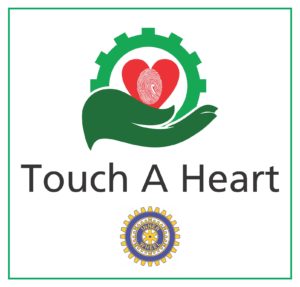 Inner Wheel Finland had the pleasure of welcoming the IIW President, Mrs Oluyemisi Alatise, to the Metropolitan area of Helsinki, Finland, on the 8th of September, 2016. It was a great honor to host the IIW President in Finland for one week. Following the wishes of Mrs Oluyemisi Alatise the program was balanced between the attractions of Finland, one day visit to St. Petersburg, meeting with Finnish Inner Wheel Friends and discussing and seeing the most important Inner Wheel projects in Finland. The program was set by PBD Hannele Karhunen and Ritva Jäättelä, Tapiolan Inner Wheel Klubi ry, according to the interest of International Inner Wheel President.

Thursday Noon the plane from Istanbul landed at the airport of Helsinki-Vantaa. PBD Hannele Karhunen and Ritva Jäättelä had the pleasure of welcoming Madam President to Finland.

The visit started with a lunch at Ritva Jäättelä’ s home. In the evening a welcome party was held at 100 years old famous Lehtovaara Restaurant. National Council President Kaija Keijola hosted Madam President. A special gift was given from the District Chairman Riitta Nissinen, who regretted that she was not able to participate.

On Friday the 9th of September Madam President had the opportunity to visit Finnish National Museum in Helsinki. The Metropolitan Area of Helsinki today is the economic and cultural center of Finland with the population of over one million inhabitants. After a lunch in restaurant Bank and city sights, the voyage to St. Petersburg started.

Saturday the 10th of September was filled with experiences during the sightseeing in St. Petersburg. The visit to Hermitage lasted three hours and gave a very special touch of the glory of the past decennials in Russia.

Sunday 11th of September was a day with Finnish Friends. Visit to Market Place and Fortress of Suomenlinna as well  a family gathering made the day unforgettable.

A nature photo exhibition in support of Life Education at Laha Mill was the second destination of the day. The group was thankful for the visit in the beautiful country side location and the historical Laha Manor, where a delicious lunch was served by the host of the Manor, Mr Antti Kiikka.

City of Porvoo, which is located 50 kilometers east from Helsinki, has played an important role in the history of Finland. After visit to Laha Manor the group had a walking tour in the old city and the medieval Church area of Porvoo. The unofficial trip by car made the day memorable as a whole.

Laurea University of Applied Sciences invited Madam President for a visit on Tuesday 13th of September. During the lunch with President Jouni Koski the education systems were discussed. President Koski was proud to inform Madame President on the Laurean novelty that voluntary work now is included in every student’s study plan in some form. Some Nigerian security management students were met at the campus of Leppävaara.

In Tuesday evening Madam President was the guest of honor in the Tapiolan Inner Wheel Klubi ry. Club meeting. Her speech on International Inner Wheel, Inner Wheel in Nigeria and the Theme of the Year really touched the hearts of all participants. Madame President gave copies of her book Female Priviledges And Challenges Cradle to Old Age to Club President Tarja Aho and National Representative Kaija Keijola. A Kosmos Pendant by Kalevala Jewelry was given to Madam President as a gift of memory by Tapiola IWC.

On Wednesday 14th of September Madame President was invited to District 142 lunch in Hannele Karhunen’s home before a special tour to the Finnish Nature Centre Haltia. Green, clean environment, winter in Finland and especially Nordic Lights (Aurea Borealis) were touched during the visit to the new Centre in Espoo. Haltia offered a profound experience of Finnish Nature by exhibitions of animals in winter and snow conditions as well as large video performance Finnish nature. The Inner Wheel group had the opportunity of petting a bear in the winter cave. In a dark room the sounds of the forest were experienced.

After Haltia the group visited Helsinki-Vantaa Airport where contemporary trends in post transportation were introduced to Madame President by post transport supervis0r Sami Tammisto. Airport Post Customs had kindly invited us to see the results of more 20 year’s long project of Inner Wheel. IIW President Alatise was impressed to learn that Inner Wheel has donated more than 60 Sniffer Dogs to the Customs in Finland. Sniffer dog Manu gave us a very professional demonstration of finding drugs in a pile of international letters and packages in the Airport post hall.